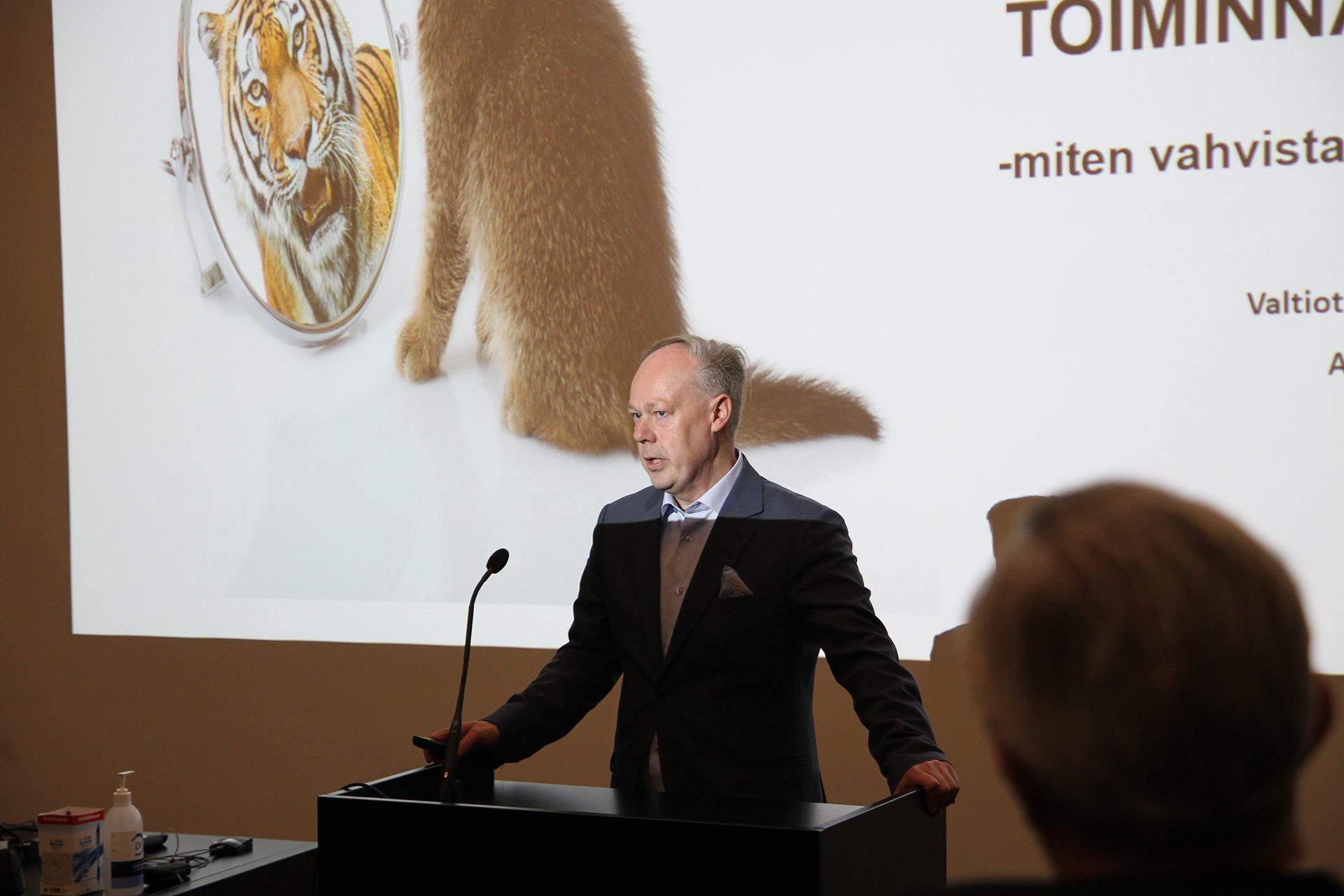 VAMK’s Research, Development and Innovation (RDI) Services hosted VAMKs thought-provoking Megatrend Day on Wednesday 18.5.2022. The keynote speaker Timo Aro, Senior Expert from MDI Oy, highlighted Ostrobothnia’s position as a pioneer in comprehensive RDI activities. According to Aro Vaasa region have many competitive advantages and it can be described as successful region due to its good level of population density and the fact that it is developing area, which has broad knowledge, ability and production capabilities and fluent transport connections.

In his speech, Aro highlighted the role of higher education institutions in competition from experts. He stated that there are 31,7 percent of people that have a higher education, whereas nationally the amount is 28,0 percent:

“The amount of higher education students is remarkable in Ostrobothnia that has, in fact, the second largest number of them in relation to population. This is an excellent starting point in the competition with all the regions in Finland”, said Aro.

The main message became clear during the day. At the core of VAMK’s expertise is VAMK’s multidisciplinary expertise and excellent knowledge of the local business community:

“You invest heavily in sharing knowledge and cooperating through both concrete projects and unofficial forms of co-operation”, Aro summarized.

Instead, when it comes to soft values, for example reputation and regional pull factors Aro saw that there is still work to be done:

“It can be challenging to pull people here at first, but once they come here, they get stuck in its tolerant and international atmosphere”, Aro concluded.

The day also included short speeches from top experts from VAMK’s RDI Advisory Board. As an outcome of the day, VAMK got an overview on how it can prepare itself ourselves for the future.